We are in the midst of National Nurses Month, a time to recognize the 3.8 million women and men who are members of our nation’s largest healthcare profession. These essential providers keep our healthcare system humming, with a special focus on quality, organization and innovation.

We are in the midst of National Nurses Month, a time to recognize the 3.8 million women and men who are members of our nation’s largest healthcare profession. These essential providers keep our healthcare system humming, with a special focus on quality, organization and innovation.

While nursing is largely associated with hospital and primary care functions, nurses serve in a variety of other roles, including:

Supported by a rich history, nursing thrives through education, activism, tenaciousness and a consistent dedication to advancing healthcare. In this article, we’ll take a look at some of the individuals influential in the evolution of nursing.

Florence Nightingale is perhaps best known as the leader of a group of female nurses sent to the Crimea in 1854 to deliver care to British soldiers. Nightingale was pivotal in raising the quality of care and later put what she learned to use as a nurse educator. The work of Nightingale’s group confirmed that a corps of educated nurses, knowledgeable about health and the ways to promote it, could utilize a set of guided principles to improve the care of patients.1

While Nightingale is well known, her contributions to health statistics and epidemiology are somewhat overshadowed. A skilled mathematician, Nightingale was a member of the American Statistical Association. During the war, she gathered and used health data to identify health issues and convince military administrators to make improvements.

She was a proponent for the use of data in decision-making, and in 1860 successfully advocated for the uniform collection of hospital data. This became the first time that a patient's outcomes could be compared by hospital, region and country.2 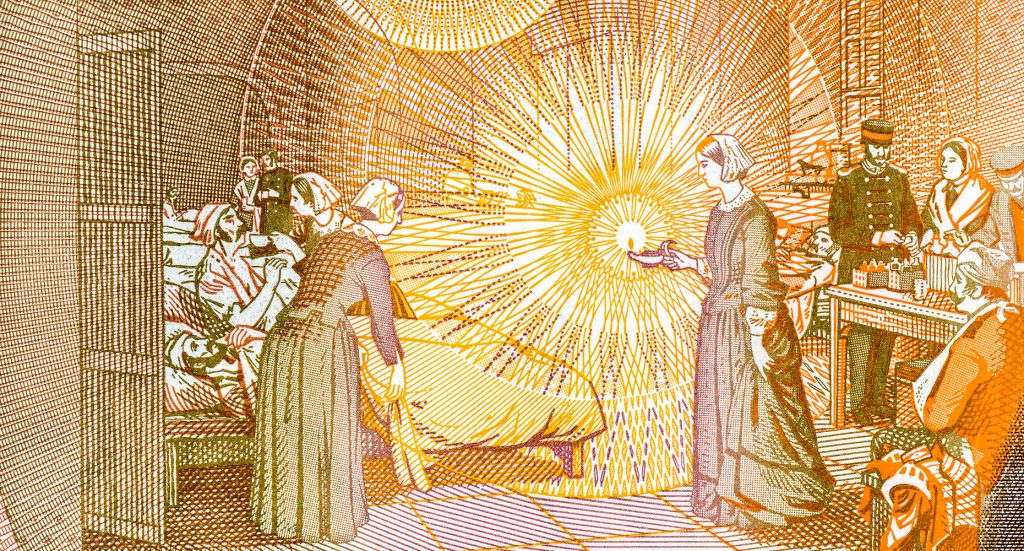 Nursing played a significant role in the development of our country’s public health system. In the late 19th century, the growth of industrial business and the corresponding injection of immigrant labor led to construction of high-occupancy housing in many large cities. Often the crowded conditions and lack of sanitary facilities resulted in less than ideal living conditions.

Lillian Wald, who graduated from the New York Hospital Training School for nursing in 1891, was instrumental in mobilizing nurses to provide health services in the tenements of New York’s Lower East Side. She launched the Visiting Nurse Service, which eventually evolved into the Henry Street Settlement House, a first-of-its-kind assistance center. Wald is also credited with creating the term “Public Health Nurse”. Her activities were not limited to nursing. A strong proponent of women’s rights and children’s rights, Walk helped establish the National Women’s Trade Union League and the Children’s Bureau.3,4

The role of public health nursing was not limited to the cities. Mary Breckinridge pioneered the development of rural public health. Initially, Breckinridge brought midwife and healthcare services to rural communities in the Appalachian mountains of Kentucky as part of the Frontier Nursing Service (FNS). Members of the FNS went on to promote the training and education of nurse midwives in other areas of the country. The service itself expanded within Kentucky and served as a model for rural healthcare.5 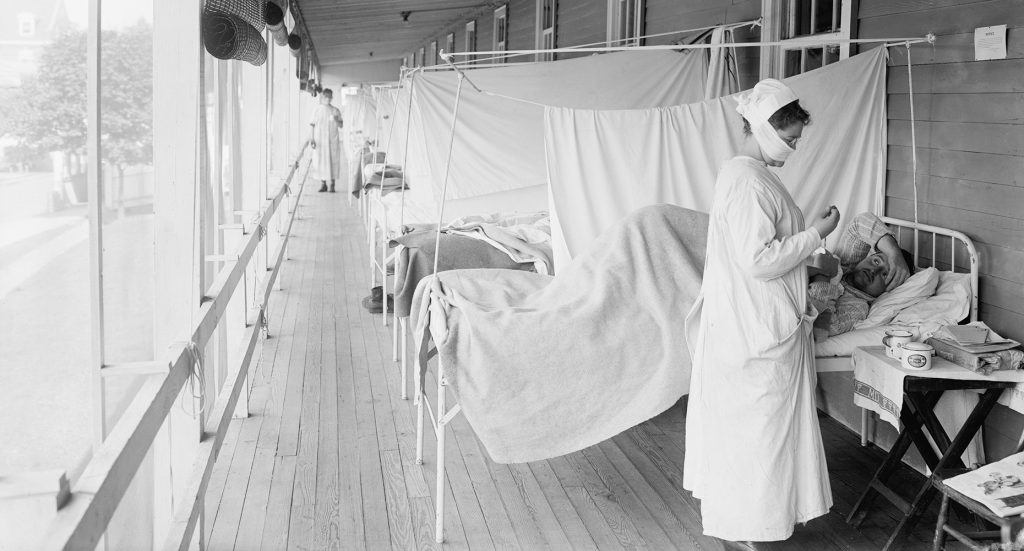 Training has been integral to the development of the nursing profession. Anna Caroline Maxwell is regarded as an early innovator in the development and improvement of nurse training programs. Appointed in 1892 as the first superintendent of nurses at the Presbyterian Hospital Training School for Nurses in New York City, Maxwell placed a premium on nursing education and quality. During the Spanish-American War, Maxwell requested to organize nurses to provide care in military hospitals. Permission was given, and her work demonstrated the value of utilizing trained nurses for military duty. She went on to help establish the Army Nurse Corps in 1901.

As an instructor at Presbyterian Hospital in New York, Maxwell organized a training curriculum for nurses covering medical/surgical practice, obstetrics and contagious disease. In 1917, she collaborated with Teachers College to develop a program that eventually became a five-year program leading to a bachelor of science degree from Columbia University. A founder of the American Journal of Nursing, Maxwell was “dedicated to improved nursing education, standardizing nursing procedures, and increasing public acceptance of nursing as a profession.” 6 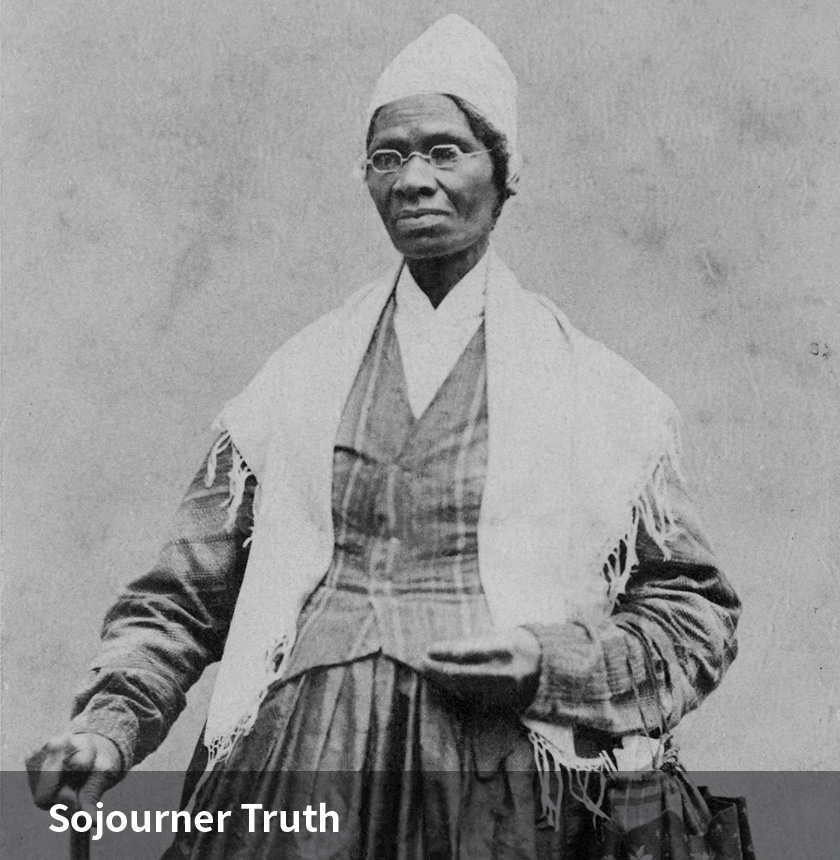 As with other professions, nursing faced the challenge of diversity. Since Mary Eliza Mahoney became the first professionally trained African American nurse in 1879, other persons of color have followed in her footsteps serving as nurses in wars, providing assistance following disasters and delivering health services to underserved communities.

Facing discrimination and barriers to nursing school entry, African American clinicians opened their own hospitals and schools. Co-founded by Mary Eliza Mahoney in 1908, the National Association of Colored Graduate Nurses was created to address the specific needs of these nurses and to address prejudices that they faced in their work and education.7

Other notable pioneers in nursing diversity preceded Mahoney. These included Civil War era nurses Sojourner Truth and Susie King Taylor, who broke the boundaries of slavery to pursue their commitment to caring for the ill and fighting for formal nurse training. Another was Mary Seacole who, when denied the opportunity to participate in the Crimean War effort under the auspices of the War Office, funded her own journey to Crimea to serve as a nurse.

The rich tradition initiated by these leaders has been carried through in more modern times by women such as Estelle Massey Osborne, whose efforts helped break down racial barriers to nursing school admission and U.S. Army/Navy race bans, and Hazel W. Johnson-Brown, who rebounded from nursing school rejection due to race to become in 1979 the first female brigadier general and leader of the U.S. Army Nurse Corps. 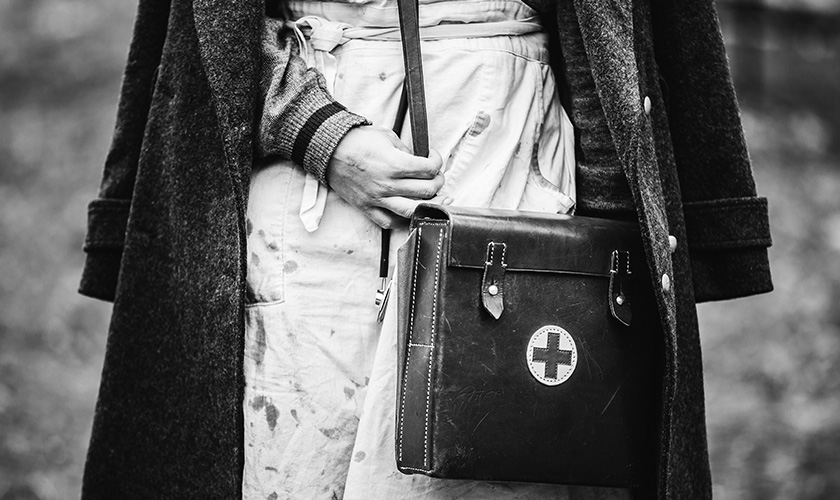 There are countless women and men who have brought nursing into the 21st century and elevated the profession along the way. Their persistence and commitment to improvement, community engagement and advancement of health for all serve as a reminder of how the profession of nursing has moved mountains in the field of healthcare.

6 Gifts for a Healthier Dad

Whether you're looking for a Father's Day gift or just a little something to show appreciation for the dad in your life, it can be tough to figure ...
Read More →

Point of Care Testing and the Quality Equation

When it comes to evaluating a patient's wellness and determining cause and ...

Everyone is familiar with blood - the viscous oxygen-rich fluid coursing through ...

Diabetes is likely at the top of your patient-screening list, as it's ...
We use cookies on our website to give you the most relevant experience by remembering your preferences and repeat visits. By clicking “Accept”, you consent to the use of ALL the cookies.
In case of sale of your personal information, you may opt out by using the link Do not sell my personal information.
Cookie settingsACCEPT
Privacy & Cookies Policy