There’s hardly a medical practice today that isn’t acutely aware of the importance of satisfaction scores among its patients. It’s little wonder, since this metric affects so many facets of a healthcare business, from new-patient marketing to referrals and even reimbursement.

‘Docsplaining’ and the Importance of
Good Communication

When Dr. John Launer, a physician and educator in London, wrote about “docsplaining” in the BMJ’s Postgraduate Medical Journal in February 2019, he caused quite a stir in the medical community. Drawing a parallel between docsplaining and “mansplaining,” Launer wrote that the former is, in essence, “unwanted, unnecessary or patronising explanations by doctors to non-doctors, whether these are patients or simply members of the general public who suffer from the lamentable lack of a medical degree.”1

Adding that docsplaining is most often targeted at patients and thus more harmful than when it is aimed at the general population, Launer posited that this form of communication “appears to be the rule” rather than the exception among all medical specialties.

The response was dramatic. Two months after Launer’s editorial was published, U.S. pediatrician Bryan Vartabedian, M.D., wrote that characterizing physicians in such a way was “an insulting generalization” perpetuating a “perverse stereotype.”2

And in March 2020, referencing Vartabedian’s editorial, Physician’s Weekly stated that Launer’s piece was “an unfair generalization of physicians” and one that portrayed doctors as “condescending and uncaring actors in their communication with patients.”3

The topic touched a nerve, to be sure. However, controversy aside, perhaps Launer’s editorial can be viewed as a call to arms, if you will, a reminder that effective patient communication is integral to effective patient care. The question is, are your patients being spoken to and heard in the way they need to be? And could your communication skills, as well as those of the people in your practice, use a brush-up? Let’s take a look.

The Trouble With Ineffective Patient Communication

According to a 2010 study published in The Ochsner Journal, ineffective physician-patient communication can cause a number of problems, including a feeling of disempowerment among patients; poor patient satisfaction; and an inadequate understanding among patients of their conditions and treatment steps, which can lead to therapeutic failure. In fact, the study authors point out that the majority of complaints about physicians have more to do with communication issues than clinical competency.4

Furthering the problem is that many physicians don’t realize their communication is lacking. The Ochsner study authors cite research that involved a survey of orthopedic surgeons; of those surveyed, 75 percent believed they communicated satisfactorily with their patients. However, among the patients surveyed, just 21 percent stated that they had satisfactory communication with their doctors. 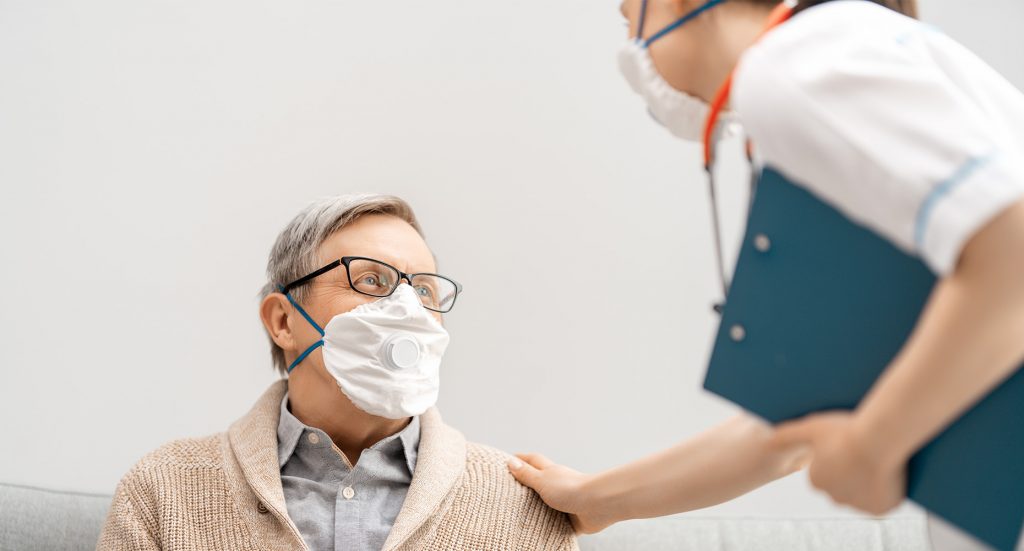 How Effective Communication Benefits You and Your Patients

According to the Ochsner study, there are many benefits to effective patient communication, including that it can help you detect medical problems earlier, prevent medical crises and head off expensive medical interventions. You may alAso see better patient compliance, outcomes and patient satisfaction scores, not to mention lower costs of care. In addition, many patients equate a physician’s communication skills with medical competence, the study authors add.

And remember: Better patient satisfaction ultimately benefits you and your practice. Effective physician-patient communication is so vital, in fact, that a 2019 article in Physicians Practice stated: “No other area of medical knowledge or technical skill has a greater impact on our patients.”5

Tips to Improve Your Communication With Patients

Remember, proper diagnosis and treatment of your patients is only one part of the equation; your patients also want you to communicate with them effectively and empathically. According to a 2014 Committee Opinion from the American College of Obstetricians and Gynecologists, this involves a three-pronged approach: conducting patient-centered interviews, communicating in a caring manner and participating in shared decision-making with patients.6

Following are eight tips to help ensure you’re meeting your patients’ expectations when it comes to communication:

In today’s era of lightning-quick patient visits, taking the time to listen attentively and communicate effectively with your patients may almost seem like a luxury. Yet doing so is not only the right thing to do for patient care, it can actually make patient interactions more streamlined, more efficient and more efficacious. And, in the end, it may make your patients happier and more satisfied … and you as well.

HemoCue America has added a new customer support feature onto our website with the addition of an Order Tracking portal. Customers will now be able to quickly get ...
Read More →

For a woman of any age, a diagnosis of ovarian cancer can ...

Point-of-Care Testing in Primary Care: The Future Is Now

For many patients, a trip to the laboratory is shrouded in mystery. ...

Vaccines: Giving Our Health the Boost it Needs!

In 1796, Edward Jenner took a bold step that would result in ...
We use cookies on our website to give you the most relevant experience by remembering your preferences and repeat visits. By clicking “Accept”, you consent to the use of ALL the cookies.
In case of sale of your personal information, you may opt out by using the link Do not sell my personal information.
Cookie settingsACCEPT
Privacy & Cookies Policy