As part of HemoCue America’s celebration of Black History Month, we salute Dr. Charles R. Drew, a pioneering African American medical researcher and surgeon known as ‘The Father of the Blood Bank’. As part of HemoCue America’s celebration of Black History Month, we salute Dr. Charles R. Drew, a pioneering African American medical researcher and surgeon known as ‘The Father of the Blood Bank’.

Charles Drew was born on June 3, 1904 in Washington, D.C., the oldest son of a carpet layer. After graduating from Dunbar High School in 1922, Drew went to Amherst College on a sports scholarship. He completed his bachelor's degree at Amherst in 1926 but didn't have the financial means to pursue his dream of attending medical school. He worked as a biology instructor and a coach for Morgan College (now Morgan State University) in Baltimore for two years. In 1928, he applied to medical schools and was accepted at McGill University in Montreal, Canada.

Drew quickly proved to be a top student at McGill. He won a prize in neuroanatomy and was a member of the Alpha Omega Alpha, a medical honor society. In 1933, Drew graduated second in his class and earned both Doctor of Medicine and Master of Surgery degrees. He did his internship and residency at the Royal Victoria Hospital and the Montreal General Hospital. During this time, Drew studied examined problems and issues regarding blood transfusions. 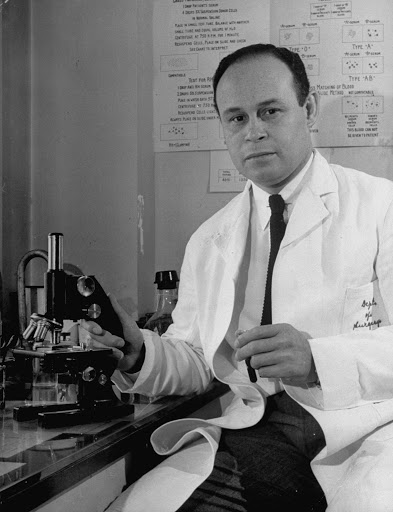 Drew then became an instructor at Howard University's medical school in 1935. The following year, he did a surgery residence at Freedmen's Hospital in Washington, D.C., in addition to his work at the university.

In 1938, Drew received a Rockefeller Fellowship to study at Columbia University and train at the Presbyterian Hospital in New York City. While there, Drew developed a method for processing and preserving blood plasma by separating the liquid red blood cells from the near solid plasma and freezing the two separately. Plasma lasts much longer than whole blood, and the stored or "banked" blood could be preserved and reconstituted at a later date. His research served as the basis of his doctorate thesis, "Banked Blood," and he received his doctorate degree in 1940. Drew became the first African American to earn this degree from Columbia. 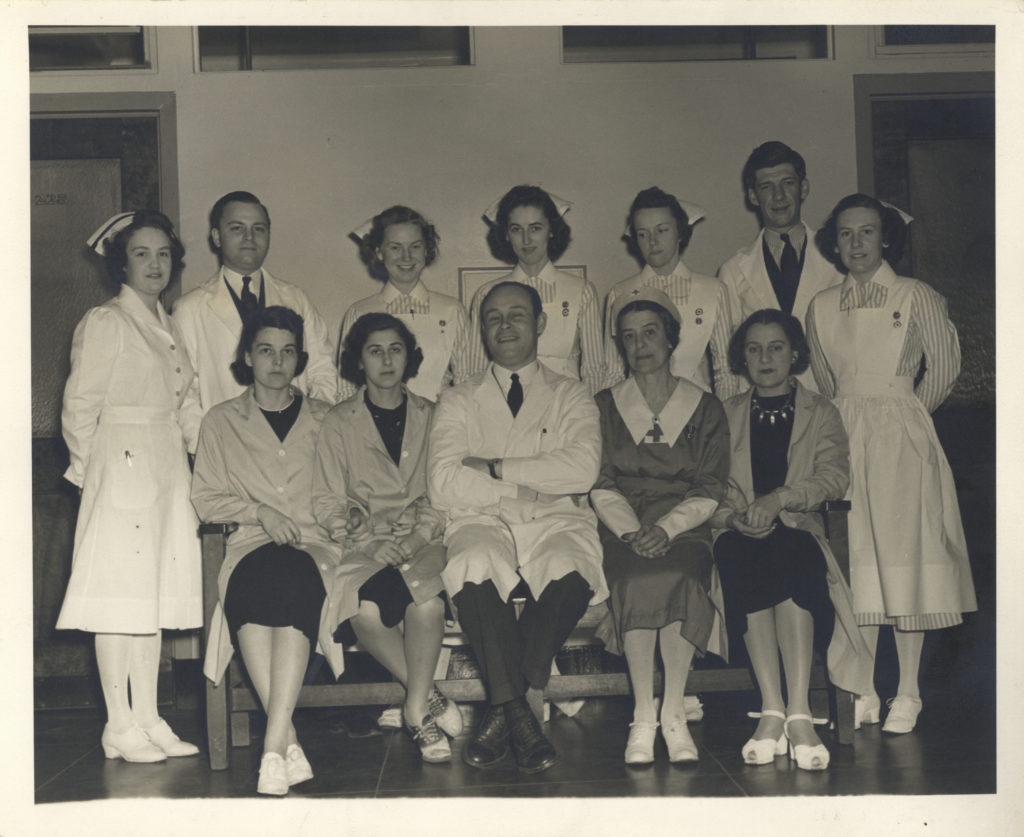 Charles Drew's system for the storing of blood plasma (blood bank) revolutionized the medical profession. As World War II raged in Europe, Drew was asked to head up a special medical effort known as "Blood for Britain." He organized the collection and processing of blood plasma from several New York hospitals, and the shipments of these life-saving materials overseas to treat causalities in the war. According to one report, Drew helped collect roughly 14,500 pints of plasma.

In 1941, Drew spearheaded another blood bank effort, this time for the American Red Cross. He worked on developing a blood bank to be used for U.S. military personnel. But not long into his tenure there, Drew became frustrated with the military's request for segregating the blood donated by African Americans. At first, the military did not want to use blood from African Americans, but they later said it could only be used for African American soldiers. Drew was outraged by this racist policy and resigned his post after only a few months.

After creating two of the first blood banks, Drew returned to Howard University in 1941. He served as a professor there, leading the university's department of surgery. He also became the chief surgeon at Freedmen's Hospital. In 1941 he also was named as the first African American examiner for the American Board of Surgery.

In 1944, the National Association for the Advancement of Colored People honored Drew with its 1943 Spingarn Medal for "the highest and noblest achievement" by an African-American in recognition of his blood plasma collection and distribution efforts.

For the final years of his life, Drew remained an active and highly regarded medical professional. He continued to serve as the chief surgeon at Freedmen's Hospital and a professor at Howard University. On April 1, 1950, Drew and three other physicians were driving to a medical conference at the Tuskegee Institute in Alabama. Drew was behind the wheel when his vehicle crashed near Burlington, North Carolina. His passengers survived, but Drew’s injuries were so severe that the life-saving technique he invented could not have saved him. Charles Drew was 45 years old, and left behind his wife, Minnie, and their four children. 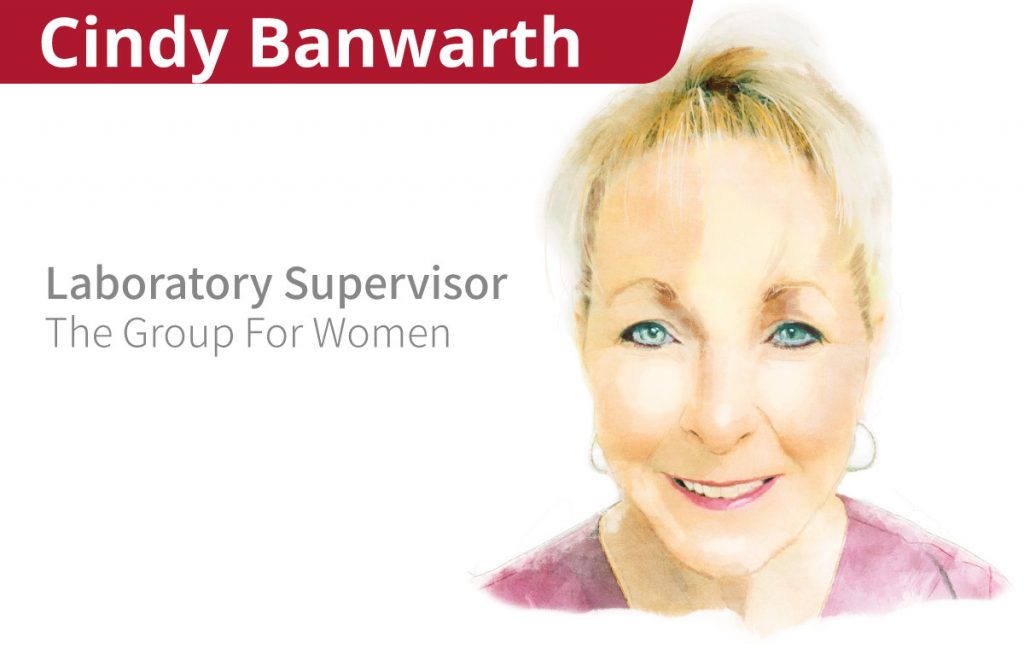 Our new 'The Point of Care Campaign' is our way of showing appreciation to healthcare workers during COVID. Our profile this week features Cindy Banwarth.

5 Tips for Building a Relationship-Based Practice

Dr. John Noseworthy, President and CEO of the Mayo Clinic, has called physician-patient relationships "medicine's most fundamental element." It's not surprising, then, that surveys and studies cite patient-physician relationships as ...
Read More →

In a healthcare environment teeming with pressures and paperwork, retaining strong patient ...

You Can Help Promote Health Equity for Communities Impacted by Diabetes

People with diabetes or those at risk of the disease can be ...

In Honor of American Heart Month, Here’s How to Keep Your Heart Healthy

You may know February as the month of love, what with images ...
We use cookies on our website to give you the most relevant experience by remembering your preferences and repeat visits. By clicking “Accept”, you consent to the use of ALL the cookies.
In case of sale of your personal information, you may opt out by using the link Do not sell my personal information.
Cookie settingsACCEPT
Privacy & Cookies Policy